The Authorities and the Law

The Authorities and the Law 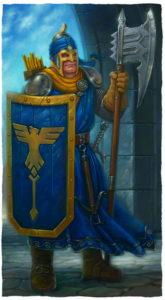 To police the streets, the Commissar of the city commands a force of more than eight hundred troops and City Watch guards, including a few dozen elite individuals (captains, mages, clerics, etc.). While the constables in many of the Empire’s cities are considered glorified street-sweepers with little competence or desire to actually enforce the law, this is not true of the experienced and well equipped guards of Ptolus, particularly those known as the Commissar’s Men.

Nevertheless, this well-trained and well-paid force has its hands full maintaining order in the city. Helping to enforce the law is a special order of monks called the Sisterhood of Silence. These nonspeaking female monks patrol the streets and apprehend criminals, even though they are not— strictly speaking—sanctioned to do so officially. A male eunuch always accompanies a small unit of the Sisters of Silence to speak on their behalf. 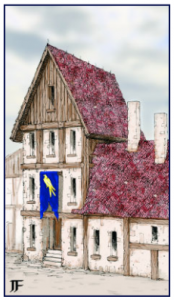 However, neither the city guard nor the Sisterhood of Silence is willing to go down into the Dungeon and fight monsters. Nor are they likely to help against such well-known and influential noble families as House Vladaam or House Sadar, or such powerful groups as the Church of Lothian or the technophilic Shuul. Of course, those groups would never break any laws, so there’s surely nothing to worry about… 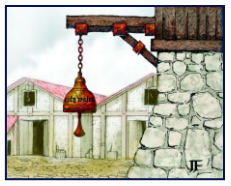 The City Watch approaches any given situation with an appropriate response. For instance, to handle a bunch of rowdy drunks, the Watch captain sends some low-ranking guards. However, to deal with a rampaging monster or a group of unruly adventurers, the captain sends well-equipped fighters supported by multiple spellcasters.