Tips to Help your NPCs Survive your Players

Watch the video and tell me in the comments what you think!

Join our Ptolus specific Discord to disucss all things Ptolus.

Ptolus has a TON of Non-Player-Characters (NPCs) which your Players will need to interact with. Here are some tips to help those NPCs survive contact with the Characters.

Below are a list of tips and tricks to keep at least most of the imaginary people alive which your player’s characters come in contact with.

Tell Your People at the Start of the Campaign

This might feel a little meta-gamey, but no more than designing characters to play a full urban campaign, but simply tell your players many of the people they meet are important to be kept alive.

Ptolus is full of interesting people, people the PCs will need knoweldge, supplies and possibly help from. Start the campaign letting your players know it’s important not to just go around killing everyone they don’t like.

There are Consequences to Killing NPCs

Ptolus has laws, and murder is definitely punishable by death. Self defense is different of course, but to the City Watch that isn’t always immediately apparent. Any fighting in the streets of the city is going to cause problems.

Even if the PCs manage to get away with killing someone, people don’t exist in a vaccum. That character has family, friends and allies who could come after the PCs.

Attacking a Balacazar associate could be met with Vai assassins paying the characters a visit in their sleep. Killing Rastor or Myraeth would insight the ire of almost every Delver in the city.

Let your players know Ptolus is not the campaign to go muder-hobo.

Ask Players to Create Homebrew NPCs for You

Ptolus has hundreds of NPCs already created for you. But having your players contribute some extra bodies is never a bad idea. Anyone your players create is automatically going to have a special place in their heart and the City by the Spire certainly has more room for extra people!

My players have created entire locations in addition to NPCs. We needed a Real Estate Lender for Bharash to purchase property so they created Grand Spire Holdings with owner Navarre Orifir. Checkout the Homebrew Section of this website because we are always adding stuff.

Bharash, the dragonborn fighter, even started out as a random NPC the character’s met. Vogh and Talin saw him in St. Gustav’s Chapel and immediately took a liking to him. Vogh cleaned his armor just to be kind and that was the last I thought of him. But later Vogh’s player decided they wanted to add him as a full fledged PC to join their group! You never know who your PCs are going to latch onto!

Every named person in the Ptolus book has at least some knowledge to offer. Often knowledge and secrets are more important than gold. Finnick from The Hunger Games has a great line, “I haven’t dealt in anything as common as money in years.”

Let your PCs get a taste of that knowledge and those secrets. It will be like a drug, they will want to get more and that will ensure the “dealer’s” survival.

Killing Rastor, Myraeth, Iltumar or any of the other dozens of vendors in Ptolus will not just get the characters in trouble, but it will also prevent them from gaining services they will need on a regular basis.

There is Always a Bigger Fish

This is on par with consequences above, but as your players gain experience, levels and magic items they can start to feel too powerful. They might adopt a “might makes right” mentality. It’s a good thing to remind them in Ptolus there are 20th level characters walking (or teleporting) around.

How can a 1st level expert defeat a 10th level fighter? Leverage & Cost. That 2nd level thief who just cut a PCs purse might seem like an easy kill to your powerful group, but once they see the Longfinger crest on their cloak the PCs would do well to stop and think if it’s worth the cost.

No matter how much power the characters attain, they live in a world where someone bigger and better than them is always just a sending spell away. City Watch members can’t stand toe-to-toe with the PCs, but a hundred of them, plus a few Goldshield wizards will bring them down.

Even if they escape, divination spells will eventually track them down and un-alive them.

Have NPCs encounter your characters individually, and not all together. This will make your players less cocky and likely to start a fight. Here is another great argument for Play-by-Post games. You could run some of these solo interactions in a play by post format away from the table.

Many times players are more likely to talk things out with an NPC if they are standing alone.

Make the NPC the Objective

In many MMORPGs there are NPCs you simply cannot kill because they are important to the story. Thankfully RPGs aren’t the same way, but if your players know this NPC is the only person who has what they need, know what they need, etcetera then they aren’t going to kill that person immediately.

Having a patron or sponsor NPC is another good way to decrease mortality. When that person is constantly bringing the group new adventure hooks, their value skyrockets.

Milestone experience points has been my preferred way to run campaigns for a long time now. Rather than killing a monster (or NPC) and getting XP based on that creature’s Challenge Rating (CR), we use Story XP. That means I simply decide when the characters level up. Some players might not like the ambiguous nature of this sytem, but explain the benefits include they will be rewarded for Role Playing in addition to combat.

When players don’t see every NPC as a bag of XP to be beaten open, they are more likely to use dialogue than spells and swords.

You Cannot Hide from Divination

Okay, actually you can with certain spells and magic items, but the point here is like I said below, powerful people can scry the PCs and find them almost anywhere they hide. Introduce the concept of divination magic early in the campaign. Mentioning a location like The Games House in Oldtown and how tons of people scry the place during Mage Games would be an easy introduction to the idea of people watching around the city magically.

This is similar to making the NPC the objective but with the twist that the person’s survival directly impacts the PCs getting paid. There are lots of dangers in Ptolus, so this could be a recurring event. Some rich and powerful person might need an escort somewhere, now your players have to keep that person alive or risk losing the reward and possibly getting in trouble.

Dragons Love Flattery and so do Players

Your players are less likely to kill someone who flatters them. Iltumar at the Bull and Bear Armory is a great example of this. He loves Delvers (adventurers) and will fawn all over anyone who appears to be someone. My players fell in love with him pretty quickly and he worked out to be a great recurring character. They even started training him to fight and even took him into the Sewers one time for a Rat tail collecting mission.

Have some NPCs adore and revear your PCs. I did another video about Character Fame, Infamy and Reputation which deals with this. As the characters do more things in the city, become wealthier, affect events in the world people will take notice of them. Some will be bad attention from the bad folks they stop, but much of it will be good.

How do you Prevent Murder-Hobos in your Campaign?

Share your thoughts in the comments on the video, or jump on our Ptolus Discord.

This video marks the very second time I’ve done a Patreon benefit. All my Patrons were given the script for this video before I made it and provided feedback. If you would like that perk, or if you just want to help me make more videos, back me at $1 or $5 per month. But no pressure.

If you’re interested in learning more about my Ptolus campaign you can either read all the posts, as our game is complete written (Play by post) or you can follow along as I read those posts in my series called Tales Under the Spire which I try to release every Tuesday.

If you’re so inclined to support me through Patreon, then you’re amazing!

Until next time, stay out of the Shadow of the Spire. 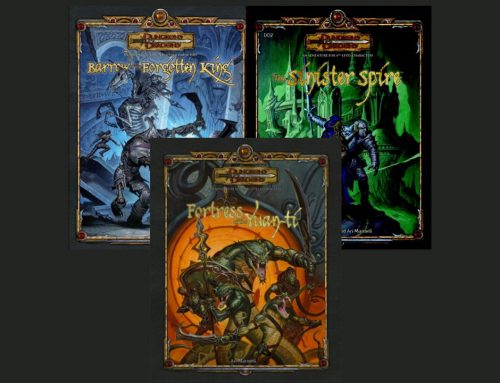 Three Modules : Barrow of the Forgotten King / The Sinister Spire / Fortress of the Yuan-Ti Gallery

Three Modules : Barrow of the Forgotten King / The Sinister Spire / Fortress of the Yuan-Ti 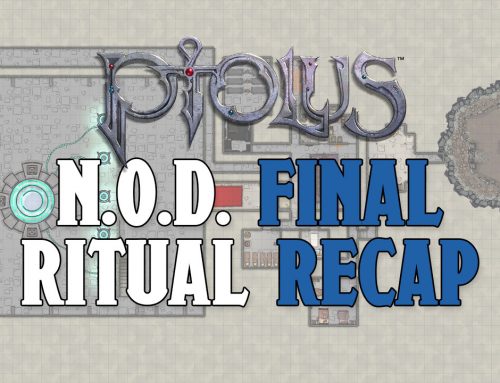 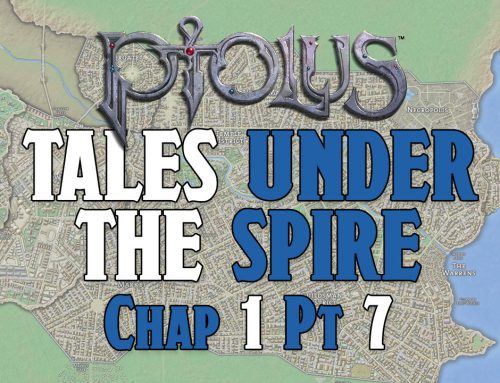 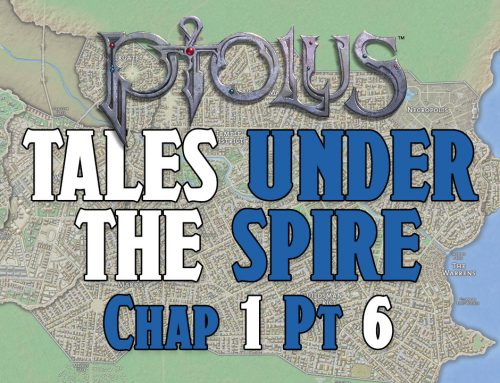 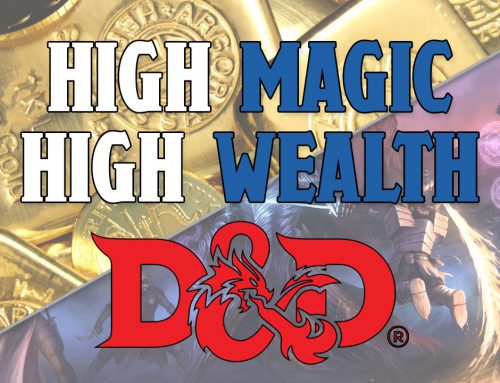