Temple of Tyr the Maimed God

Home/Homebrew/Temple of Tyr the Maimed God

Temple of Tyr the Maimed God

Located in the Temple District, not far from the Blessed Bridge.

The main priestess of Tyr who ran the temple was Tanye Aerabriniel – which means Running like the Wind – a 40 year old, female, tabaxi cleric.

She is older, and a little heavy at the moment, and is used to being confused with a Litorian.
She has gray eyes.
She has shiny, patterned, black fur.
She stands 172cm (5’7″) tall and has a round build.
She has a triangular, extremely asymmetrical face.
She has a small tattoo of an elephant on her right hand and an elaborate tribal tattoo on her left hand.
She would rather act than talk or think.
She only talks loudly.
She is currently obsessed by a nearby cave.
She frequently wags her tail.
She always does what she is told not to. 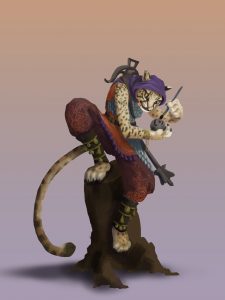 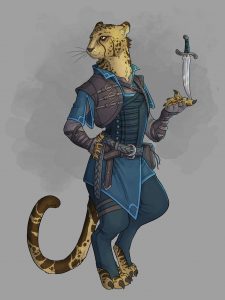