Entry from the Secrets of the Delver’s Guild about Ptolus’ Climage:

When in doubt, it’s safe to assume that it’s overcast in Ptolus, and that it either just finished raining or it is just starting.

Average annual local rainfall is about thirty-eight inches. It is generally a cool climate, with temperatures in the sixties to seventy degrees Fahrenheit most of the year (forty to fifty degrees in the winter).

In the midsummer months, the sun is out more often than not and the cloud cover is much less dominant.

The winters are characterized more by rain than by snow, although the occasional light snowfall in midwinter is not unknown. The fact that one of the months is named Rain is the source of many jokes in Ptolus: “Around here, all the months are called Rain,” a native will tell you.

Occasionally, a strong wind will blow off the Whitewind Sea, but most of the time the winds are only a gentle but constant breeze. 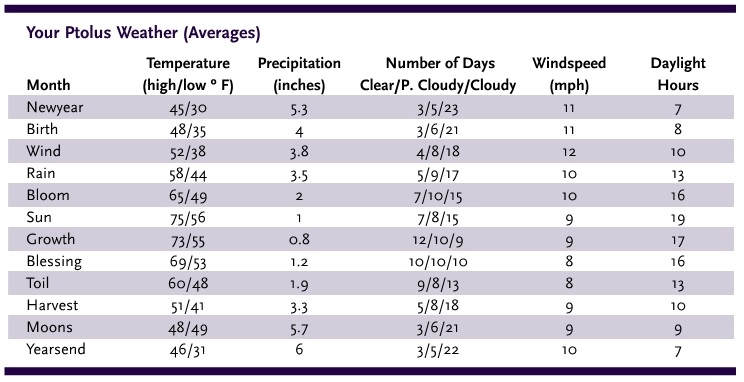 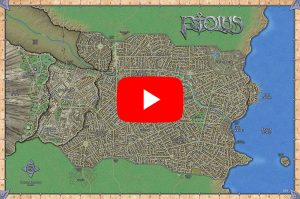 Watch a video about Why You Should Track Time in a Ptolus Campaign using a Calendar for Days/Weeks/Months. 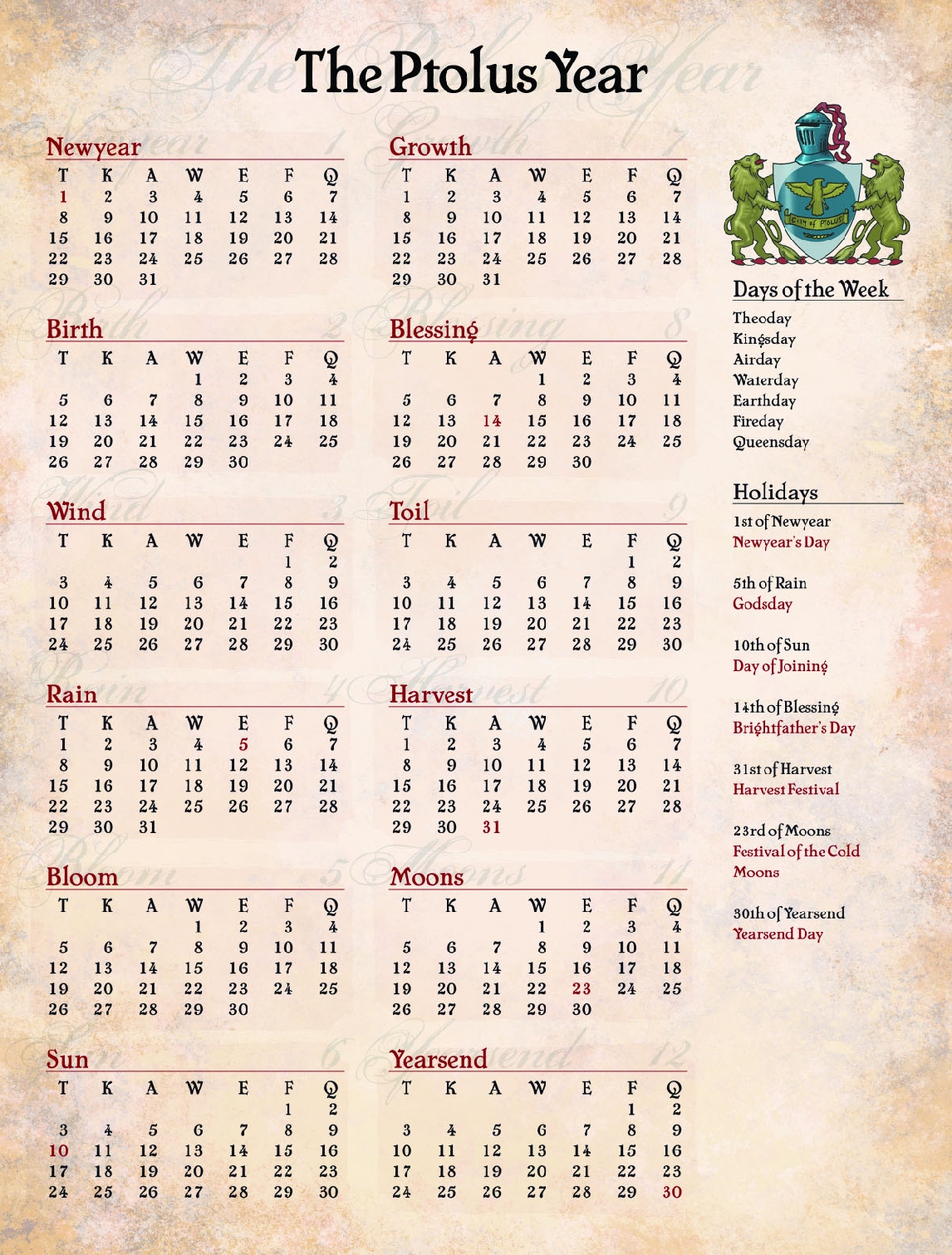 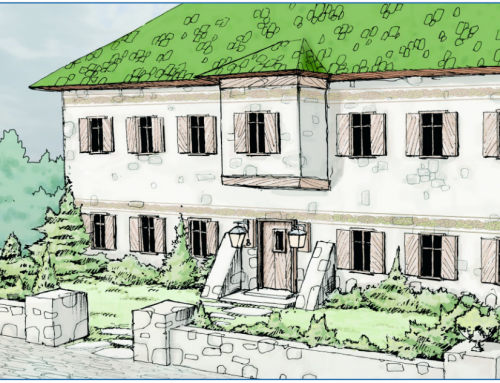